Our Own little Culinary Pipeline

Chef Keith Shank first started teaching for the Illinois Central College (ICC) Culinary Arts Management program in 2007, but it wasn’t at the beautiful Dogwood Hall kitchens where he can now be found prepping for his Modern Cuisine class.

At the time, Chef Shank was working through ICC in the prison system, where he taught the culinary arts to inmates. It wasn’t until a few years later that he became a full-time professor at the college’s North Campus. Now, with 15 years of teaching under his belt, Chef Shank is proud of how the program has grown.

“I got hired (at ICC North) right after the remodel in 2009. This was the original Zeller building and our kitchens here were the industrial, cinder-block-style kitchen,” Shank said. “In 2009 they renovated Dogwood Hall. The renovation included three teaching kitchens, a refrigerated butcher shop, a full bar for mixology, a full classroom, a dining room, a demo kitchen, student lounges and even a retail shop.”

Respected chef educators and the well-provisioned Dogwood Hall facilities aren’t the only draw for the program. The Bureau of Labor Statistics has projected that Illinois chef and cook employment rates are expected to increase up to 17% in the next five years.

The 56 students currently in ICC’s program are attending one of only two culinary schools in the entire state to be given “exemplary” status by the American Culinary Federation Educational Foundation (ACFEF) Accrediting Commission. To earn that status, ICC had to prove compliance with ACFEF standards across the board – from qualified faculty to facilities — during a three-day on-site visit with an accreditation team. ICC is the only Illinois school outside Chicago to earn the distinction.

What do students learn in an exemplary program? According to Chef Shank, more than most people expect. It takes two years of intense training to earn a culinary certificate. Students can take additional courses to pair their certification with an associate’s degree.

Each day, chefs in training arrive at the test kitchens with the handwritten recipes they’ve calculated to produce the proper quantities for a specified number of diners. Shank stresses that showing up prepared to do the work in the test kitchen is half the battle.

“I absolutely love how they do that here,” said student Sarah Wiegand. “We are very structured … If you don’t show up with (your recipes prepared) you get basically kicked out of class. That just gets us ready for the real world.”

“I also think it weeds out people that aren’t necessarily ready for the industry yet,” added Fady. “Not saying that they never will be, but I feel like sometimes people go into this not fully prepared and maybe it’s a bit of a reality check. You can’t just skip days all the time.”

Both Wiegand and Fady work in restaurants and bakeries after school. Chef Keith said many students split their time between the college and local kitchens. Those students tend to thrive because they’re comfortable with the basics of culinary theory and the hard work of being in a restaurant.

Chef Shank appreciates the insight and interest students bring to the program.

Growing up near Peoria’s thriving food scene is a definite bonus, he said.

“I think their standards are probably a little higher and that’s reflected with Peoria restaurants doing really great things out there,” said Shank. “I would argue that the food scene in Peoria is probably better now than it ever has been in terms of quality.”

At the end of the program, students intern at restaurants to make sure they can put their knowledge to use in every different station of a working kitchen. While many of the students intern in Peoria kitchens, some have interned as far away as California. Some graduates have gone on to work in major culinary hubs like Chicago, but Shank said that ICC’s main focus is to help the labor force in the Peoria area.

“We hope that a lot of them stick around in Peoria, but the reality is they come to culinary school here and they’re getting hired at restaurants in major metropolitan areas. High-end restaurants want them. Our students are very hirable.”

Case in point, two of the program’s adjunct professors, Chef Amanda Pyle and Chef Golda Ewalt, are graduates of ICC’s Culinary Arts Management Program. After Pyle graduated, she opened The Cookery in Morton and returned to ICC to teach students about catering cost control. Ewalt went to OSF Saint Francis Medical Center, where she is now the director of food and nutrition services. Students learn about nutrition and menu planning from her. Shanks points to both women as great success stories for the program.

To encourage local talent like Pyle to stay local, Shank and chef and fellow educator Charles Robertson encourage students to take part in the Heart of Illinois Professional Chef’s Association. The group helps students with scholarships, mentorship and education, but also gives them a place to network and stay aware of new trends.

“I feel like the connections we make are all good for us and they can help us expand our education in many ways,” said Wiegand.

In the end, Shank says it’s about keeping chefs excited about what they do. He believes education is the best way to propel students and professionals forward in their career and avoid burnout.

“I think that’s the key,” he said. “It’s easy just to sort of stop learning. What I hope we’re doing at ICC is sparking an interest in our students to keep learning. It’s not easy. It’s up to (students) to continue this education and continue learning and evolving so that maybe they don’t get burnt out. They have a creative outlet. It really is sort of an art.” 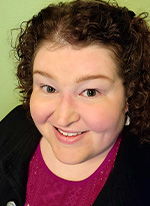