An advocate for the City of Peoria, the poor, and victims of sexual and domestic abuse

As an at-large councilperson, I use my experience as legal counsel for the City of Peoria and other municipalities and as an advocate for neighborhoods to ensure that development projects and public improvements address the concerns of residents and businesses. I listen to these concerns and use my skills as a negotiator behind the scenes to reach compromise, build consensus, and ultimately create better projects that benefit all the citizens of Peoria. I have advocated for reasonable limits on video gaming, medical marijuana dispensaries and a heavy truck driving school, reviewing agreements to ensure the city’s interests are protected during negotiations of potential projects.

Most importantly, as a 20-year owner of a historic home in the heart of the city, I have advocated for targeted priorities for code enforcement, housing inspections and a new nuisance abatement program that has begun to address problem properties throughout the city.

Tell us about your educational background and how you got started on your career path.
At Albion College, I was a political science and history major with a concentration in public service through the Gerald R. Ford Institute. I spent a semester in the Middle East studying the Palestinian-Israeli conflict; half of my classes were taught by Palestinian professors and the other half were taught by Israeli professors. During this time, I worked in a Palestinian refugee camp teaching English to students and on a kibbutz with several Holocaust survivors. This experience had a huge impact on the way I view and deal with conflict. Everyone has their own side and truth—if you understand that and listen, you can empathize or at least understand where the other person is coming from and use that to find common ground.

After my semester in the Middle East, I had an internship in Washington DC working for InterAction, a third world development agency. I drafted a handbook on “How to Lobby Congress” for all of its NGO members, and used that experience to lobby different government bodies to get various initiatives passed.

In my first year of law school, I received a Public Interest Law Initiative grant to work for the Cabrini Green Legal Aid Clinic in Chicago. After my first summer, they hired me to work part-time through the rest of law school. It was a tremendous experience! I advocated for tenants in public housing projects and worked to get their apartments fixed up. I took victims of domestic violence to the police station to obtain orders of protection. I read mail to residents who could not read. I represented clients in criminal court as a 711 student and second-chaired the murder trial of a young woman charged with the murder of her nine-month old baby. It was tragic.

My first job out of law school was as a legal aid attorney. Although I did not continue to work as a legal aid attorney when I moved to Peoria, I have been able to continue my passion for legal services for domestic violence victims and the poor. As soon as I moved to Peoria and began my job as assistant corporation counsel for the City of Peoria, I also became an advocate for victims of sexual and domestic abuse through The Center for Prevention of Abuse. This led to my appointment to the Center’s board and eventually serving as board president during its $3.5-million capital campaign to build transitional housing for victims of abuse and their families.

I’ve also been able to advocate for legal services for the poor by serving on the Illinois Bar Foundation board for 11 years and now on the board of the Lawyer’s Trust Fund of Illinois. Both programs raise money to provide grants to legal service organizations and programs throughout the state.

Tell us about growing up and how family may have influenced your commitment to leadership.
Both of my parents were very active in the community. My mom is a retired public health nurse who was involved in a number of community organizations and successfully ran for village board after she retired. My father was a lawyer who successfully ran for school board after our local school board voted to close Arlington High School, the school I attended. Both of them joined a citizens group that sued the school board for not following the criteria that the expensive consultants hired by the board had formulated and recommended it use when it made its decision on school closings. The group won at the Circuit Court level and ordered the school board to stay its decision to close the school while the appeal was pending. Although the decision was overturned on appeal, the experience taught me to stand up and fight for what you believe in.

Another event that had a big impact on teaching me the importance of standing up for what you believe in occurred when I was in junior high school. My mother, the public health nurse, was called at home one evening and asked to go to a family’s home to meet with them because three members of the family had suddenly dropped dead and no one knew why. After meeting with the family, my mother insisted that the Tylenol at the home be tested for poison. The doctor thought she was crazy and refused. She stuck to her guns, because she knew all three family members had been complaining of a bad cold and/or a headache, and one family member told her she had seen the other family member who died take Tylenol. When the Tylenol was tested, cyanide was found in the capsules, and the next morning, all Tylenol with the same lot numbers was pulled off the shelves throughout the northwest suburbs of Chicago. My mom was awarded Citizen of the Year for her actions. Please reflect upon your major accomplishments in recent years.
It was an incredible honor to have been selected by Mayor Ardis and the City Council to serve as an at-large Council member in August 2013. It was quite humbling to be selected from a pool of 31 well-qualified applicants. I love the City of Peoria. It’s an incredible privilege to have the opportunity to work for the citizens of Peoria and help make it an even better place to live and raise a family. I like listening to people and finding solutions to their problems.

One of the best aspects of the appointment was having my boys see me take a risk and succeed. For years, I have preached to them about the importance of hard work and taking risks in order to be successful. My boys were away at camp the week I decided to put my name in for City Council. When I told them during the ride home from camp, my oldest son, William, said, “That’s what I say is taking a risk.” He was certainly right. It was also quite amazing to see how proud they were of their mom the night I was sworn in. They were just beaming!

Being selected as a Leading Lawyer by the Chicago Daily Law Bulletin and my attorney peers has also been an incredible honor. It is quite rewarding to be recognized for the good work I do in the legal arena. I joined the Heyl firm in October 2013, shortly after I was appointed to the City Council, and have been helping to build its education practice group. I brought a few school district clients with me and have continued to add new school districts to our client base. I have been working with and training other attorneys in the firm, including some of our associates, in the area of school of law.

Being selected to serve as treasurer of the Lawyer’s Trust Fund of Illinois was also an incredible honor. It means I will be president of the organization in five years. Providing legal services to the poor has always been an important priority for me as an attorney, and to be able to serve as president of such an organization allows me to continue to have some impact on legal services for the poor throughout this state.

Finally, having my boys continue to thrive and succeed despite my busy schedule this past year is the best accomplishment of all. As a working mother, I sometimes question my choices and worry that the decisions I have made to take on new professional challenges might hurt my boys. To see them doing as well as ever this past year in school and in other activities—and to see them excited about my new endeavor—is the best accomplishment of all.

How do you maintain a balance between your work and personal life?
I try not to check emails when I am having quality time with family and friends on the weekend and evenings after work. I check it a few times a day on the weekends and evenings, but not frequently. We always try to eat dinner together as a family—no matter how late it is—after soccer, cross country or basketball games and practices. My mother always required us to do that when I was growing up. I think it’s very helpful to have time to talk to your family about your day and theirs. It helps all of us unwind and get back into family mode at the end of very busy days.

What advice would you give to a young, up-and-coming female professional?
Perfection is overrated; just do your best. Sometimes you may have to give something up—like a clean house, in my case—in order to be a successful professional woman. My mother had a sign in our kitchen when I was growing up that said, “A clean house is a sign of a wasted life.” I never understood that sign until I became a very busy working mom. Over the years, our house has become less organized and clean, but I’ve learned it is better to spend the time away from work with my family enjoying each other rather than cleaning the house. Of course, we do clean the house and my boys do many chores around the house to help out, but it is often not as neat and organized as I might like, and it is certainly not the perfect Martha Stewart house. (I always remind myself that she has a staff of hundreds helping her reach perfection.)

In your opinion, what is the greatest struggle working women face today?
Balancing our lives and finding enough time in the day to get everything done that needs to be done. I often wish that I needed less sleep, so I could spend more time working (legal, City Council or household work) at night or early in the morning while the kids are asleep and have more time to spend with my family. iBi 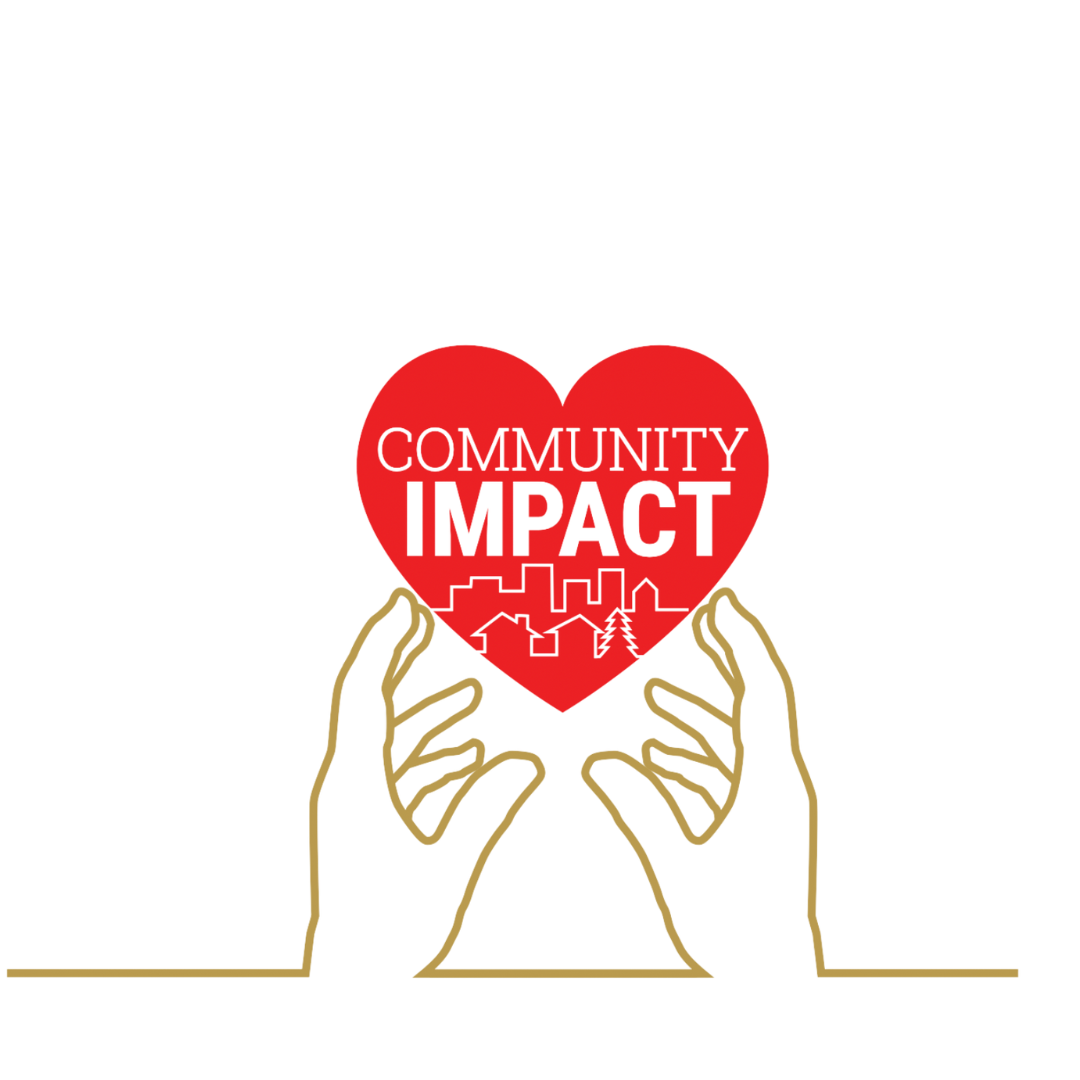 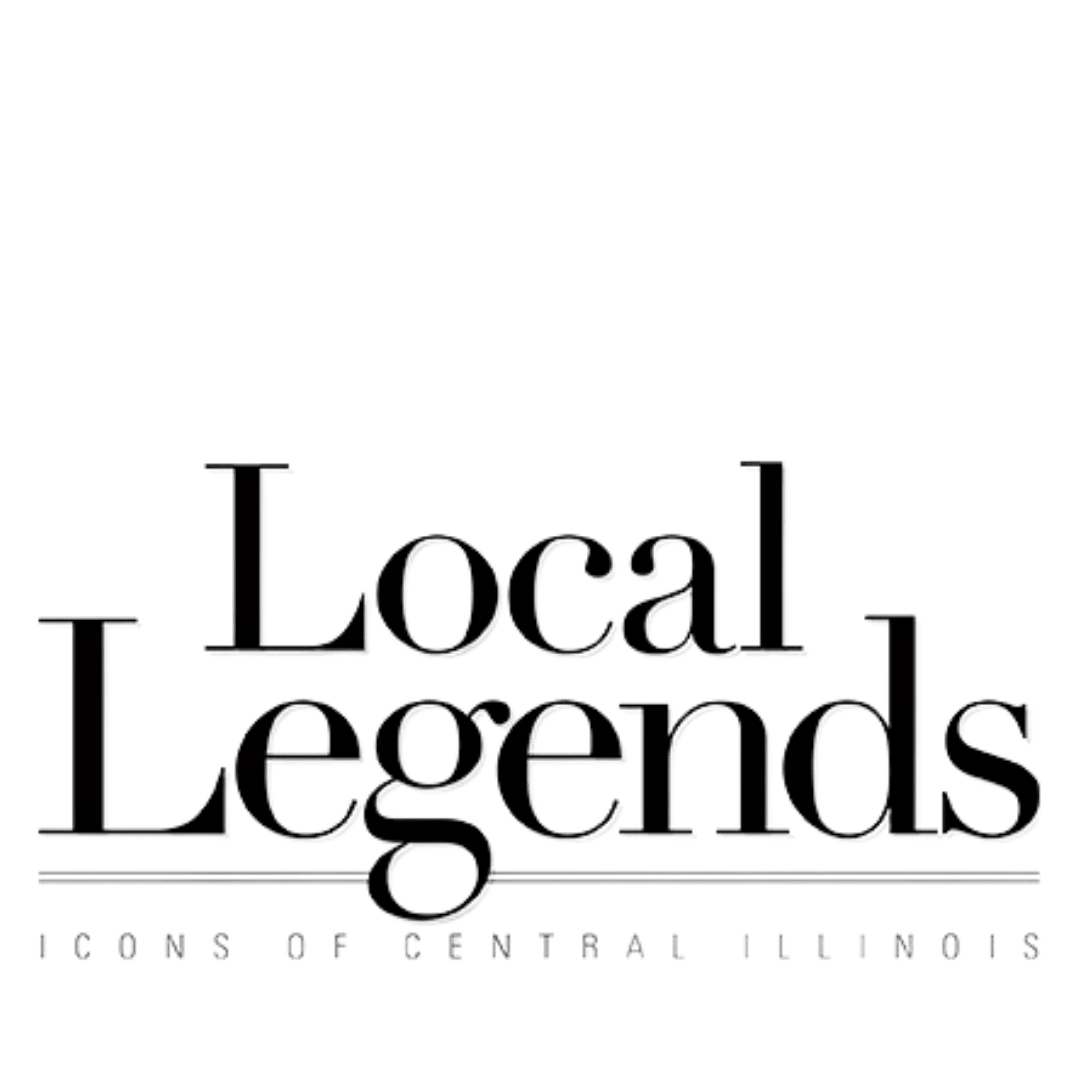 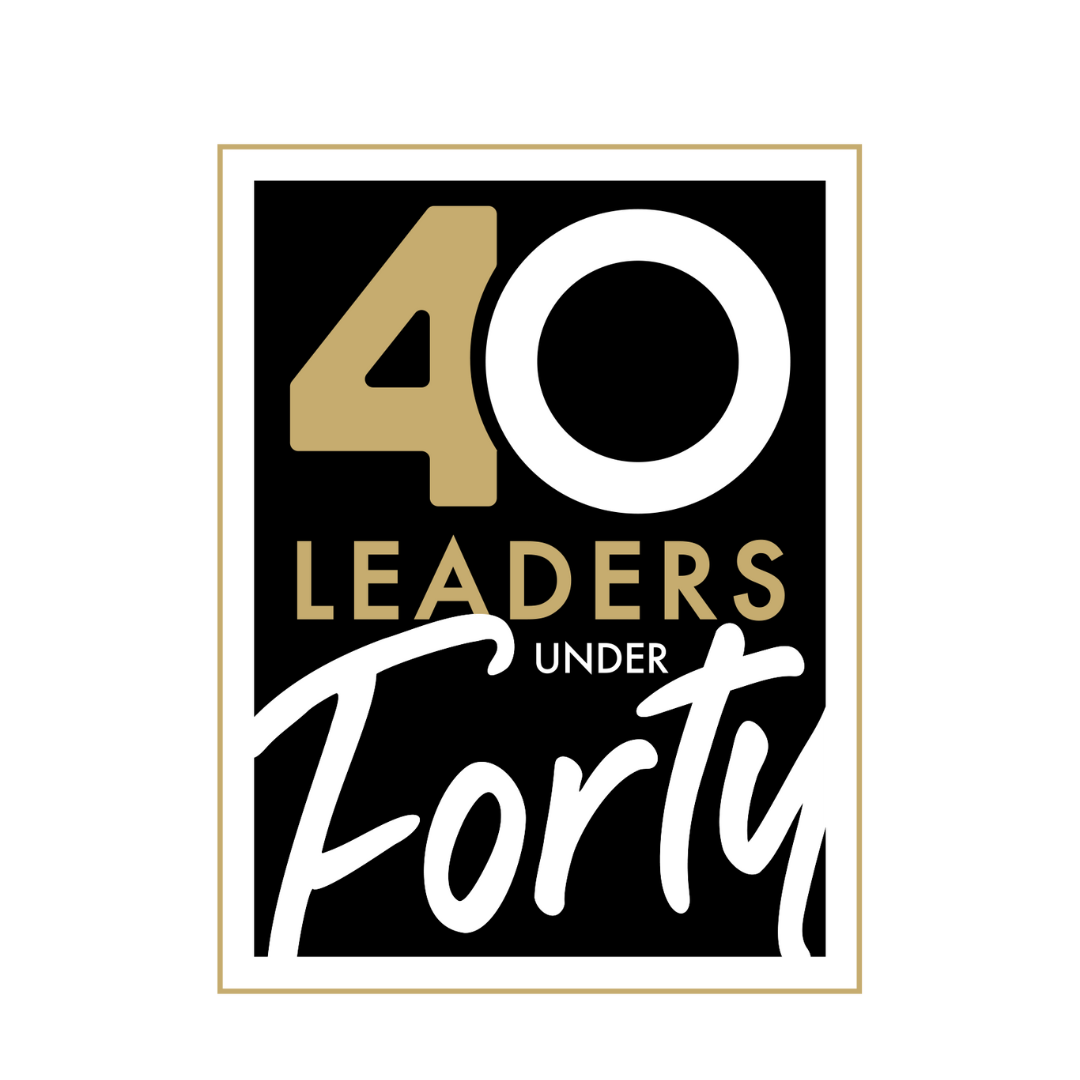 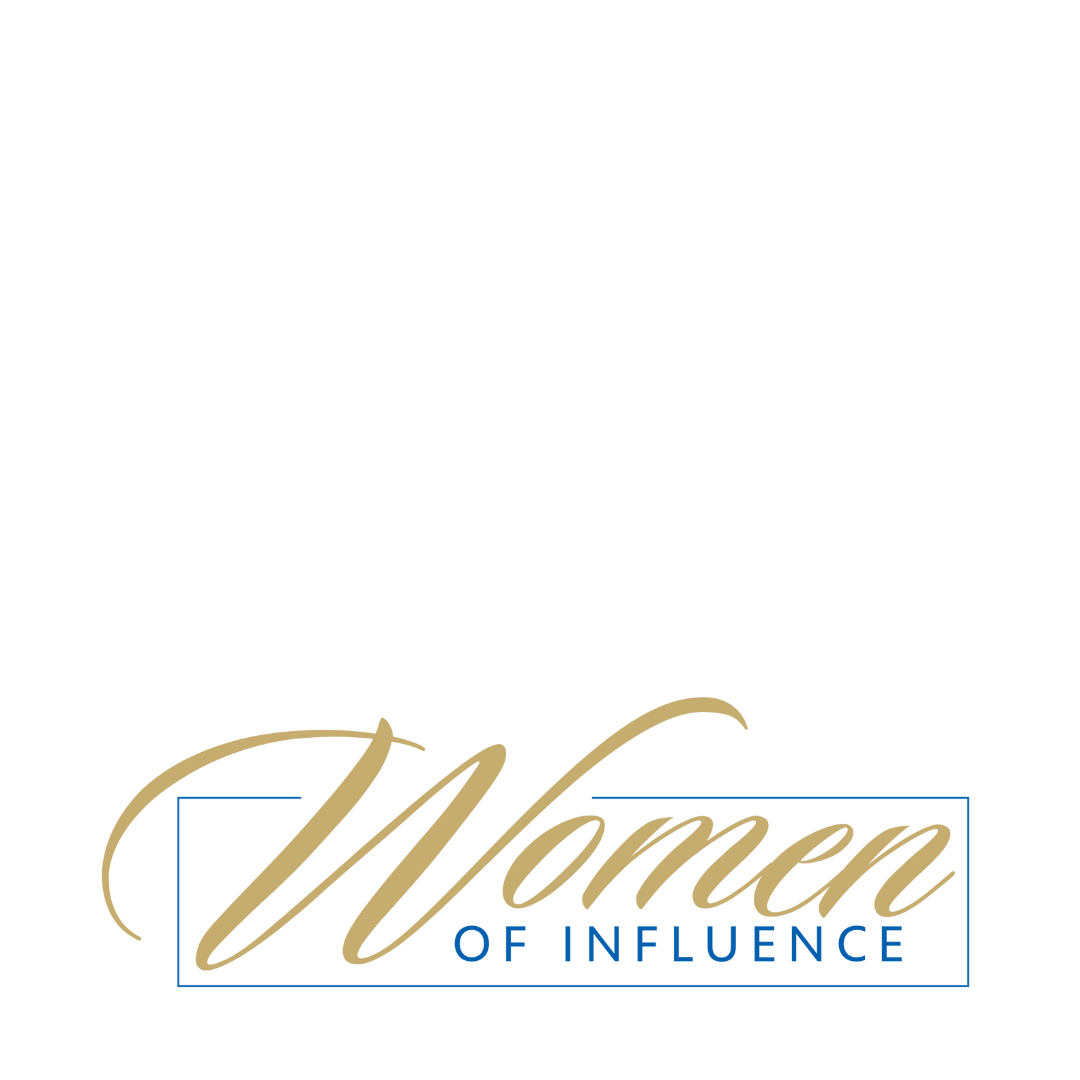