Still feeling the loss in Canton

CANTON — There’s an illustration on display at the Canton Area Heritage Center from a 1936 issue of the Canton Daily Ledger that depicts a giant colossus towering over a factory.

The artwork accompanies an article on International Harvester, the global giant of the agricultural implement industry (and other heavy equipment) that dominated the scene in Canton for much of the 20th century. 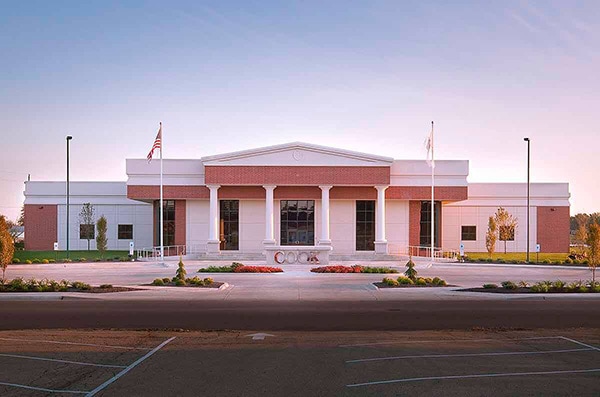 Small towns have faced plenty of challenges in recent years, but the impact of the company closing the plant in December 1983 still haunts Canton almost 40 years later.

While Cook Medical has established offices on a portion of the old IH site, a large, vacant tract in the downtown provides an ongoing reminder of what Canton has lost.

“The town’s at a different level than it was. It just feels different,” said Jack Pollitt, the last plant manager at the Canton facility.

Canton lost more than the 2,600 jobs that International Harvester – now Navistar — provided across three shifts, said Pollitt. “Some businesses went out right away,” he said.

“There were once three men’s (clothing) stores in town. One of the employees told me that an IH executive was good for three suits a year. But after the plant closed, Harvester management wasn’t there to buy those suits,” said Pollitt.

But when IH closed, the housing market took a dive. Pollitt said he considered selling his home after being reassigned to Harvester’s Chicago headquarters.

With a stalled housing market, the number of rentals skyrocketed.

“There’s still a high percentage of rental properties in town,” said Kevin Stephenson, a retired banker in Canton and a board member with Canton Main Street, an organization seeking to revitalize the downtown. Pollitt stayed with International Harvester for a time after closing the Canton plant. But after being sent to Memphis to close the IH plant there, he decided to close out his 20-year career with Harvester. He was hired by the state of Illinois to set up the Illinois River Correctional Center, a prison that opened just west of Canton in 1989. He went on to serve as the prison’s business administrator.

Meanwhile, Canton has had to contend with other challenges besides losing the IH factory. “By the early ‘80s, area coal mines were shutting down,” said Stephenson, referring to the industry that had previously employed many in Fulton County and across the state.

The fire that swept across the 31-acre Harvester site in Canton’s downtown in 1997 was estimated to have caused more than $2 million in damage. It also hurt the city’s efforts to attract other companies to the site, said Jerry Bohler, Canton’s mayor at the time.

Involved with the Main Street group since 2008 and president for the past year, Smith said that reinvigorating Canton’s downtown “has been a challenge.”

Nonetheless, the group was making progress until 2016, when a gas explosion in the downtown destroyed a building, killed an Ameren worker and injured 12 others, said Smith.

“Canton had made inroads at that point. We didn’t have a lot of vacancies in the downtown but once the explosion happened, it hurt so many businesses. Then we had COVID for two years,” she said. 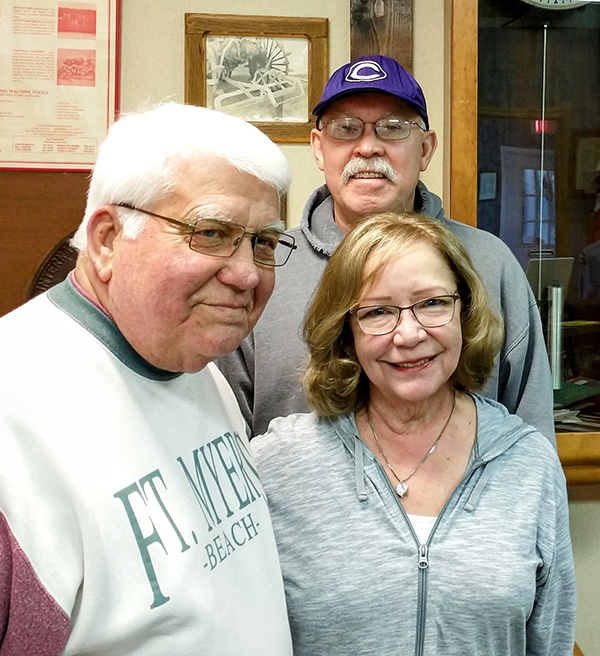 Despite the setbacks, Smith remains optimistic about the town’s prospects. “We have an awful lot that small communities don’t,” she said, ticking off Graham Hospital, now the biggest employer in Fulton County, the town’s top-rated park district and its school system as some of the assets.

Back at the Heritage Center, Stephenson pointed out other aspects of Canton’s colorful history. Along with the sizable collection of International Harvester memorabilia, most of it from Pollitt’s own collection, there are displays on cigar factories, coal mining and Canton’s radio station WBYS (complete with teletype machine). Photographs of hometown heroes in the worlds of sports and music are on display along with information about the late billionaire and Canton High School graduate Bill Cook, whose Indiana-based company – which he built into the largest family-owned medical device manufacturer in the world — has invested heavily in the downtown.

Many of the displays include QR codes that allow the visitor to check out videos on their smart camera at the various displays.

There’s plenty to choose from. Along with a photograph of the estimated 25,000 people that gathered in downtown Canton in 1899 to see President William McKinley and his Democratic opponent, William Jennings Bryan, there’s a display on the rock acts that performed in Canton the same night in 1967 at two different venues in town.

“You had to decide whether you wanted to see Gary Lewis & the Playboys or the Doors that evening,” said Stephenson.

And the Steam Whistle Still Sounds

If you live in Canton, you respond to a whistle, the steam whistle that’s been heard throughout the community for over a century.

The whistle was sounded seven times each weekday while International Harvester’s plant was operating in town.

“It was blown eight minutes before a shift change,” said Jack Pollitt, who served as plant manager at the Canton plant that closed in 1983.

But it wasn’t just IH workers who paid attention to the whistle. “People woke up to it or started dinner by it. Kids knew that they had to be home before that whistle blew,” recalled Pollitt.

The steam whistle is part of Canton history. It was heard atop the factory of Parlin & Orendorff Co., the Canton firm that first forged all-steel plows and was purchased by IH in 1919.

The whistle was silenced in 1974 for a short time over concern of possible noise pollution but, following a massive outpouring of support from Canton residents — Pollitt said 10,000 signed petitions — the whistle soon returned.

Saved in the 1997 fire that engulfed the IH facility, the steam whistle came back to life in 2015. Now atop the Cook Polymer Technology facility on the old Harvester site, it’s blown at 8 a.m., noon and 5 p.m. every weekday.

The Stromberg Time Corporation clock, installed in 1948 as the official timepiece for Canton’s IH plant that was used by employees to sound the whistle, has also been restored and now keeps perfect time at the Canton Area Heritage Center.